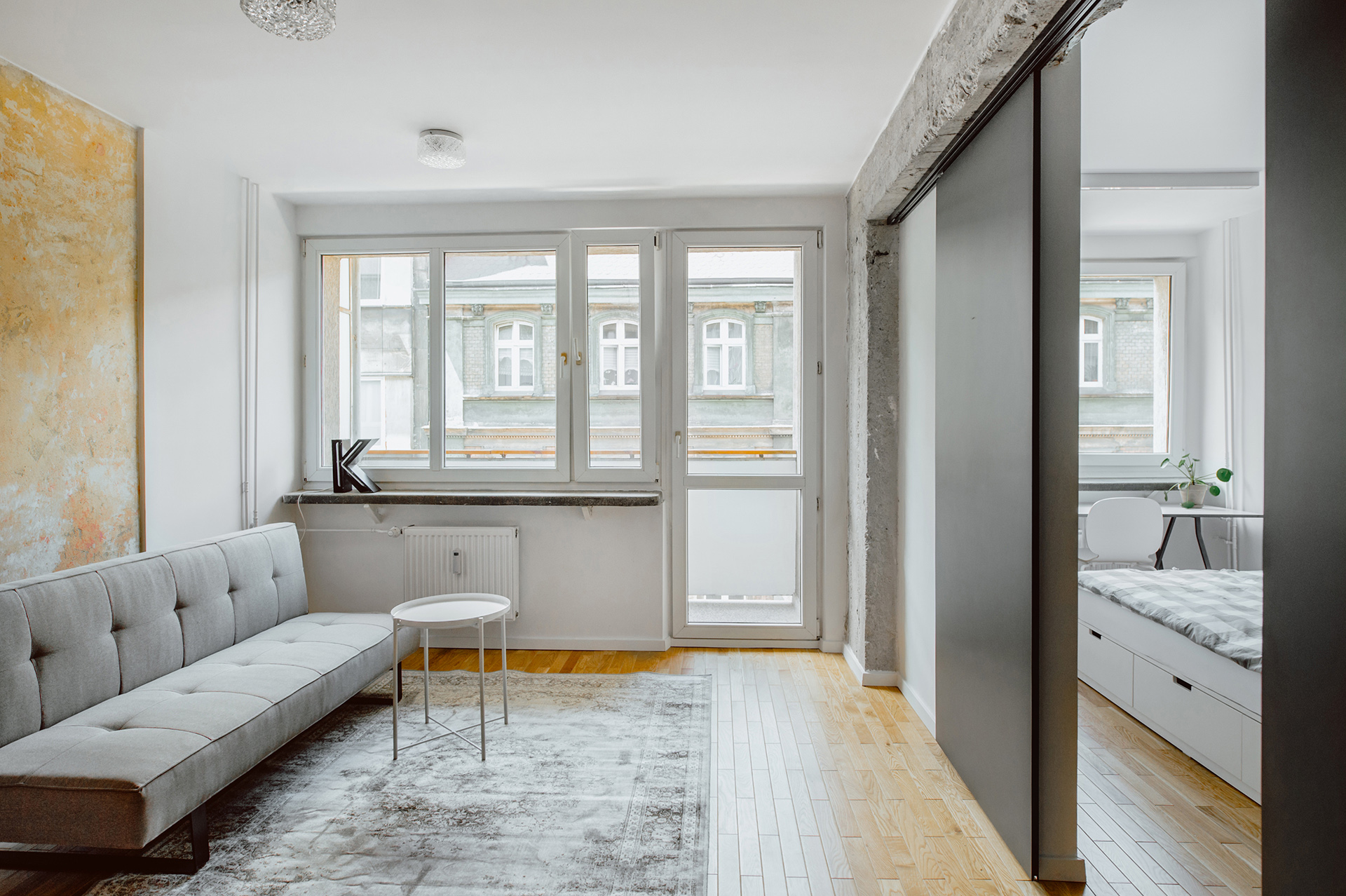 The investor wanted to create all-purpose space that resonates with the style of Katowice. Katowice is a city that instantly brings to mind the highly regarded architecture of post-war modernism.The building where the apartment is located is a perfect example of this architecture. The guideline was to preserve the existing functional division of the apartment, which provides the tenant with a separate bedroom and kitchen zone.

Bearing in mind all the guidelines as well as the fact that future tenants will differ in their habits and preferences the studio proposed a solution which meets investor's requirements but also allows some modifications. Design solutions are characterized by simplicity and austerity, which is what Katowice's modernism has been known for.

The existing partition wall separating the kitchen (without access to daylight) as well as the wall separating the bedroom from the living room were demolished. A new element- simple black box was used to separate the kitchen from the bedroom. The box acts as a storage from the kitchen side, and as a wardrobe from the bedroom side. In addition, the box is intentionally lower than the height of the room to ensure that the kitchen space is brightened with natural light. Other demolished walls were replaced by sliding doors. Sliding doors, depending on the needs, can provide tenants with different space. Thanks to them, you can get an open space that joins all spaces into one or separate / close the kitchen or the bedroom. You can also close both sliding doors making 3 separate rooms.

During the demolition and finishing works, we were able to bring out and highlight the history of the place. The concrete beam and the existing lastrico in the bathroom - have been carefully cleaned and secured with varnish. Fragments of walls in the living room and kitchen have been cleared of old paints and wallpapers to become additional decoration and a nice touch to the apartment space. Because of their interesting colors and patterns we didn’t want to hide them. In the living room they were additionally exposed and framed by white fragments of the walls. Existing lighting has been preserved in the entrance and living areas, and old flower beds have been renovated. Moreover, we hanged posters that are a tribute to those times and architecture. 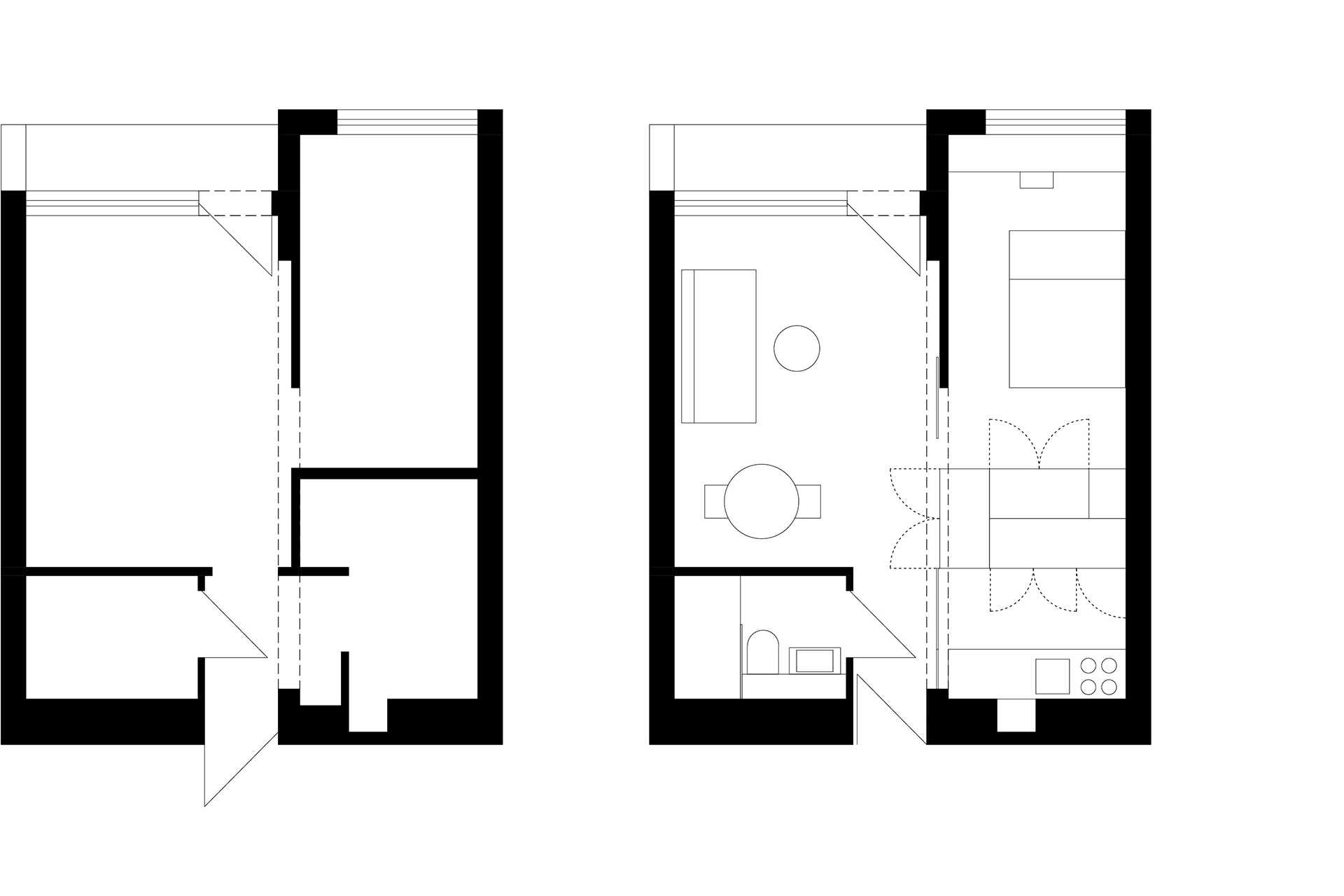 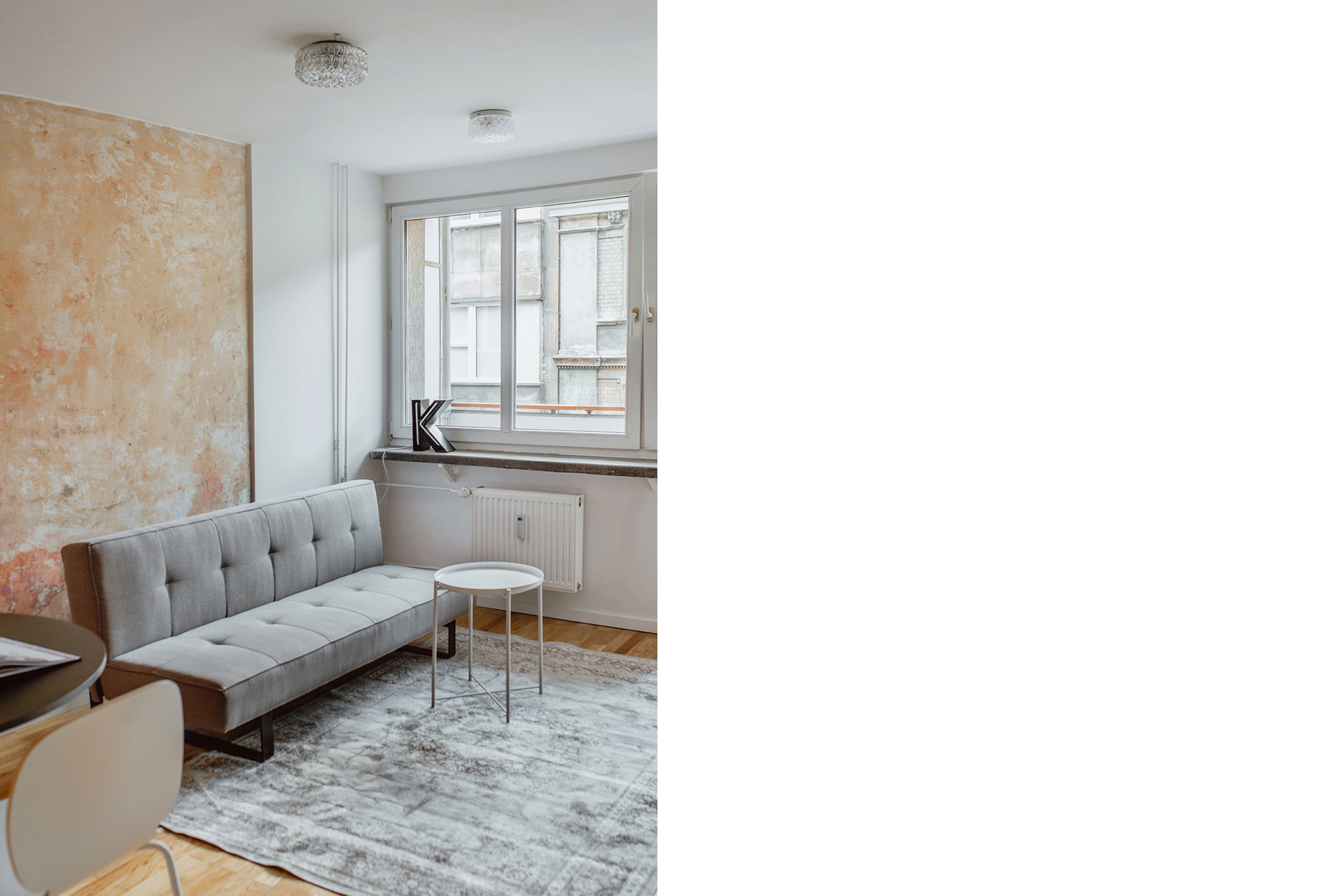 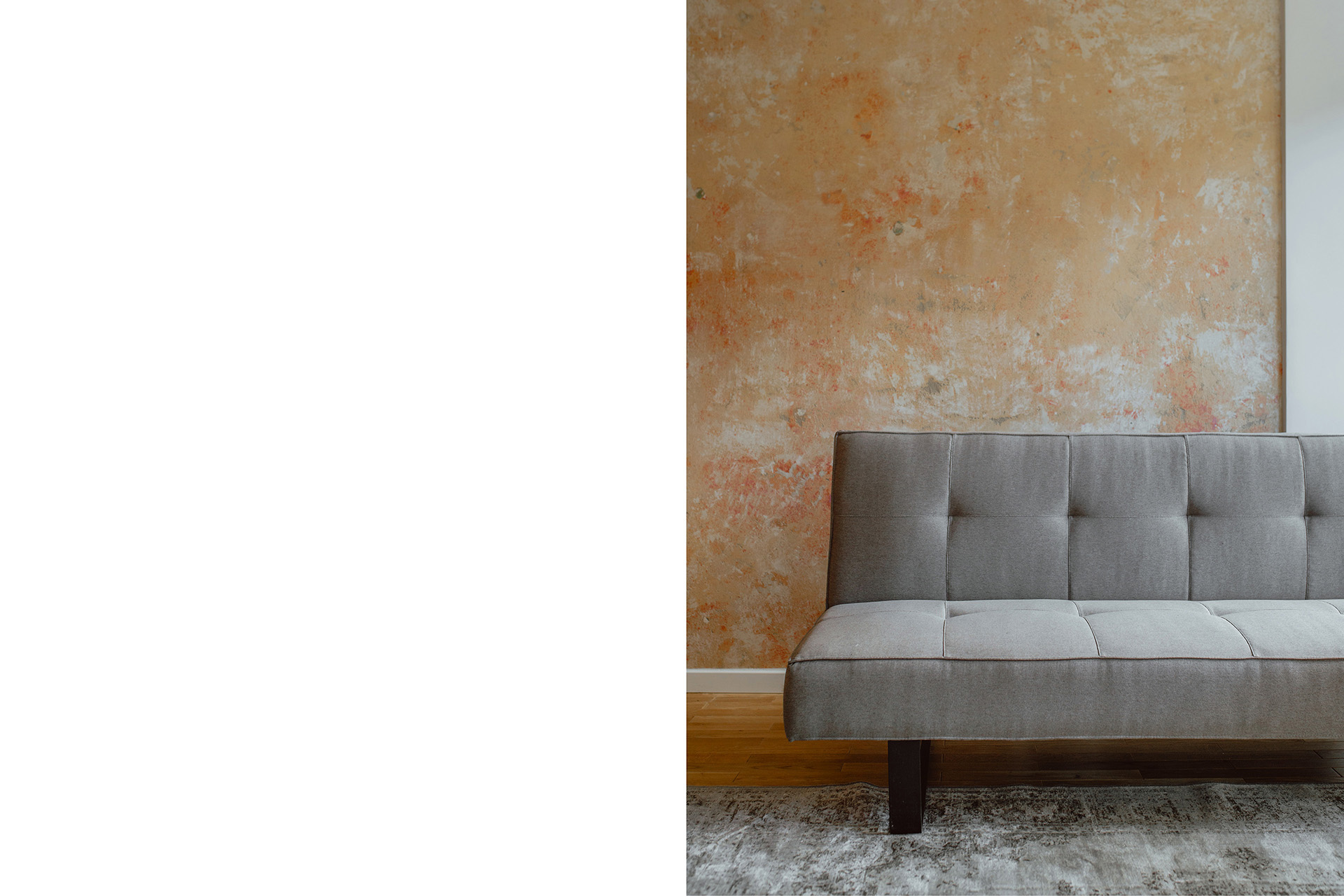 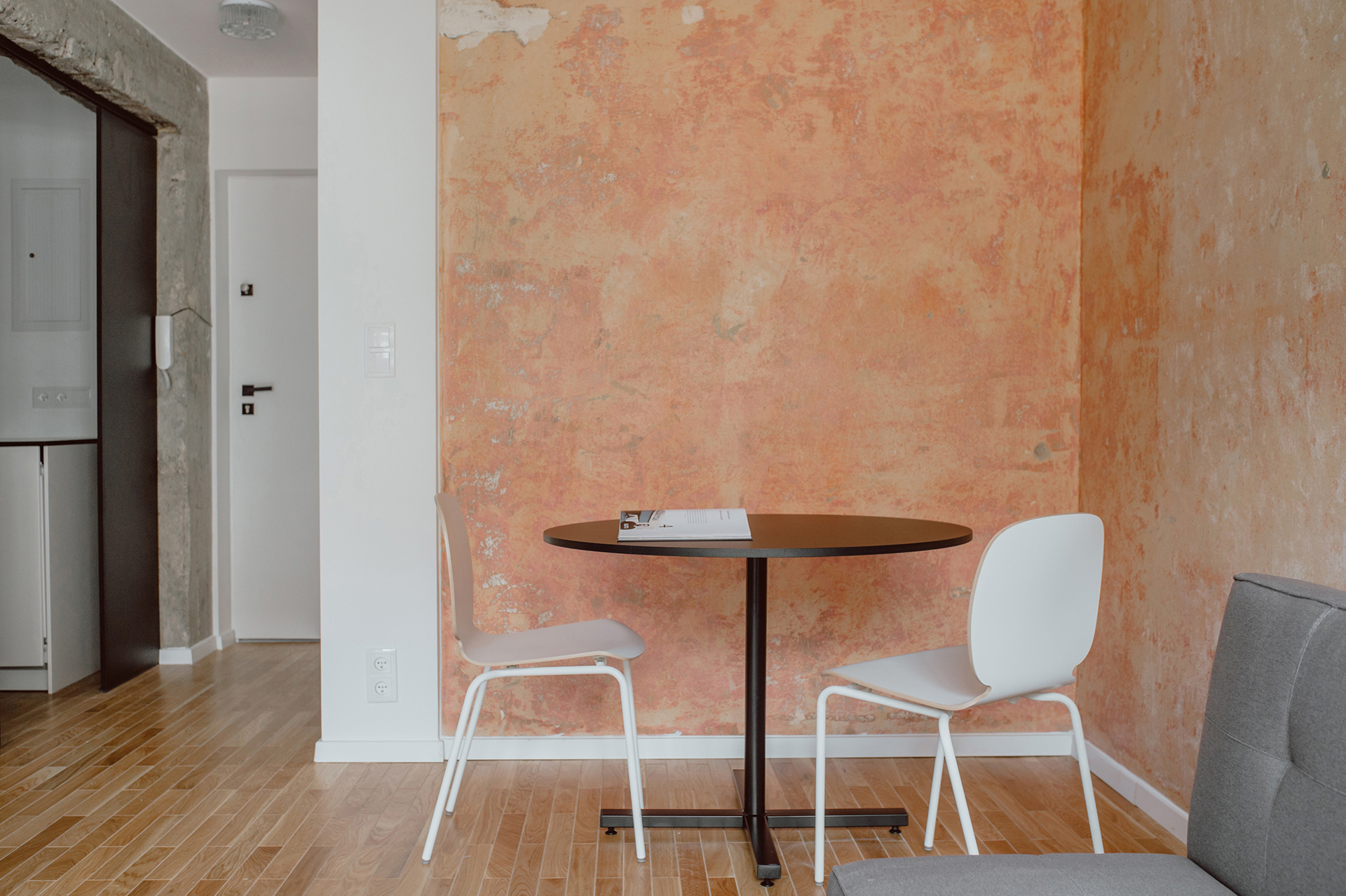 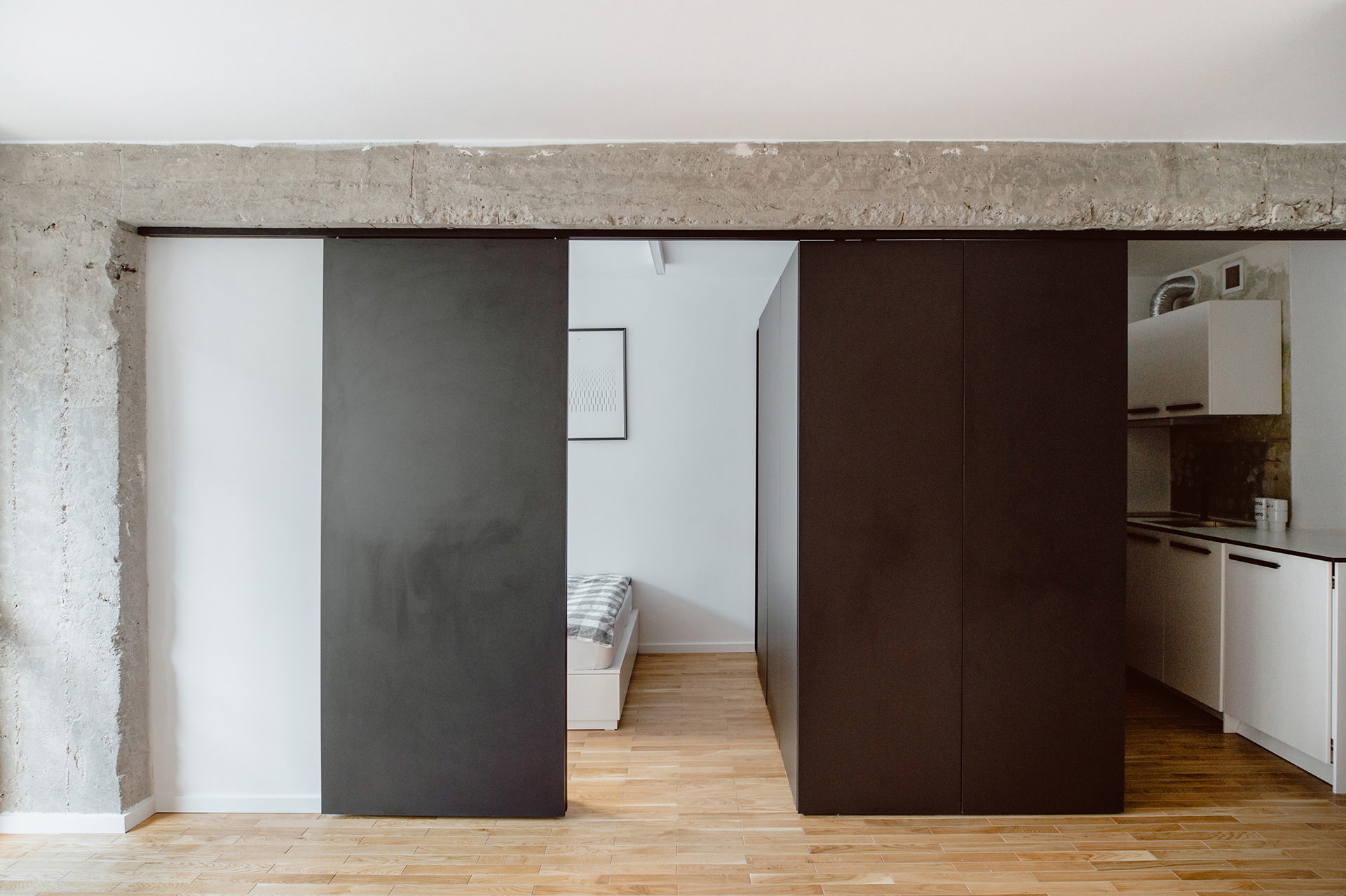 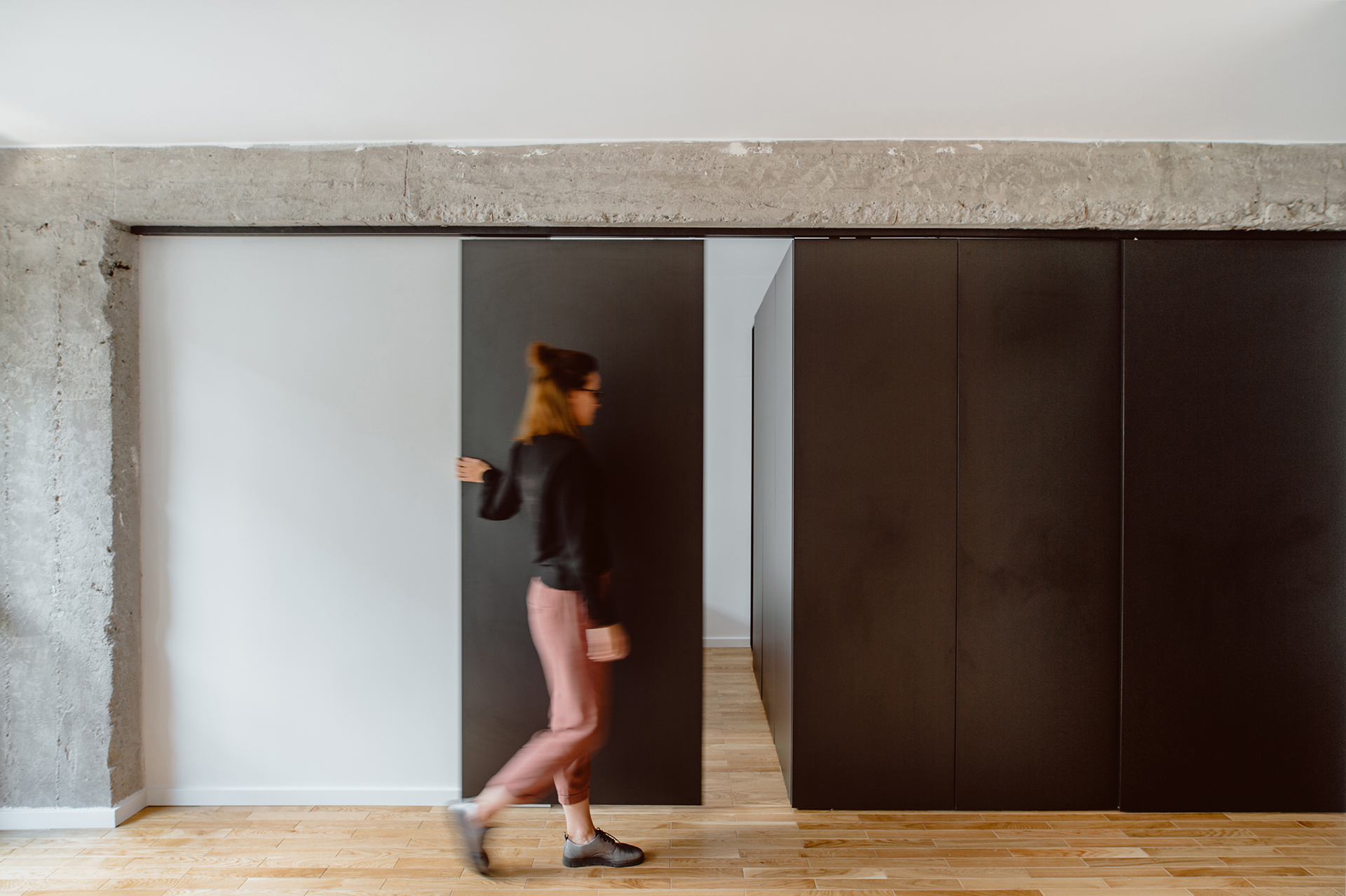 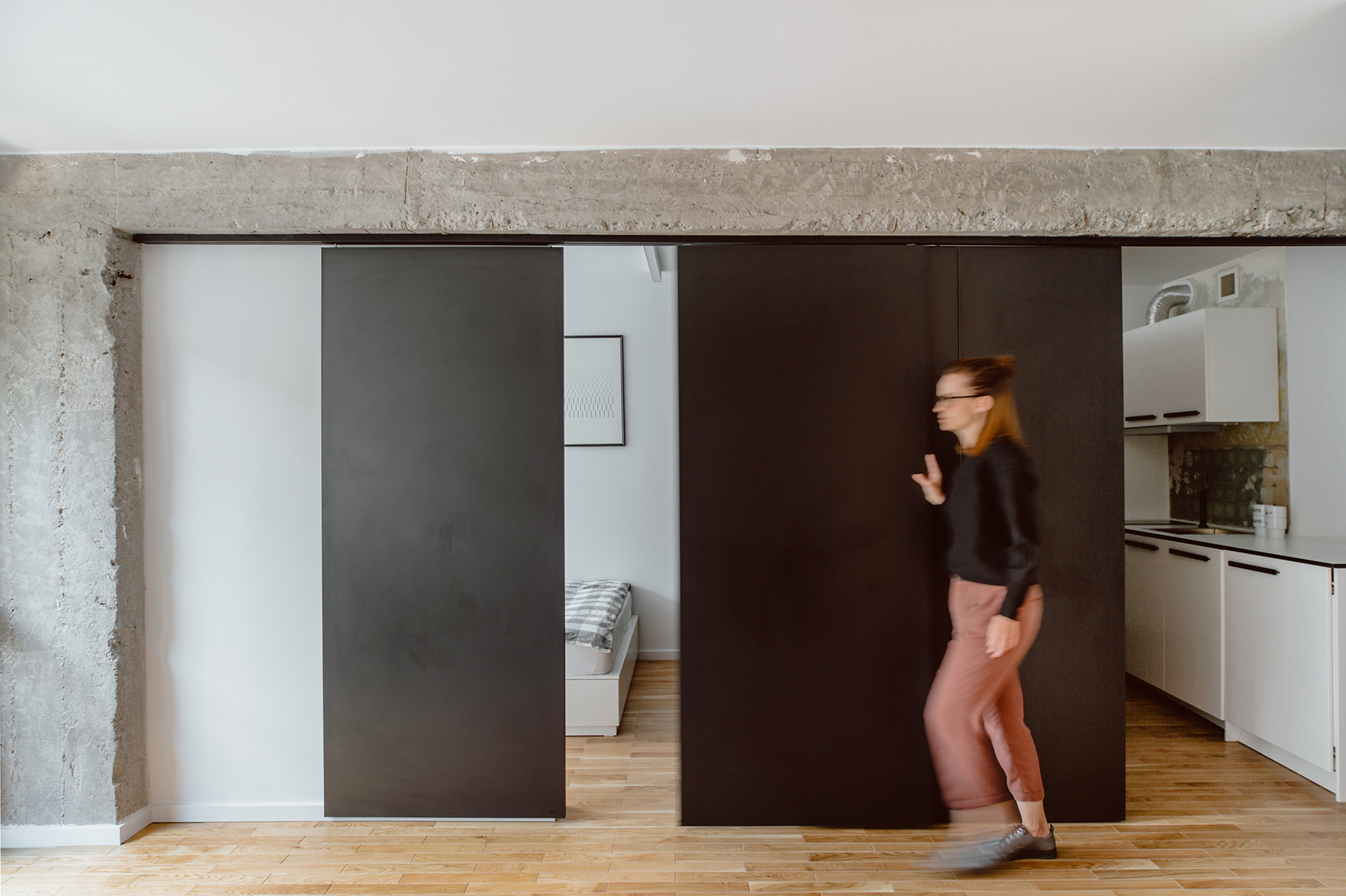 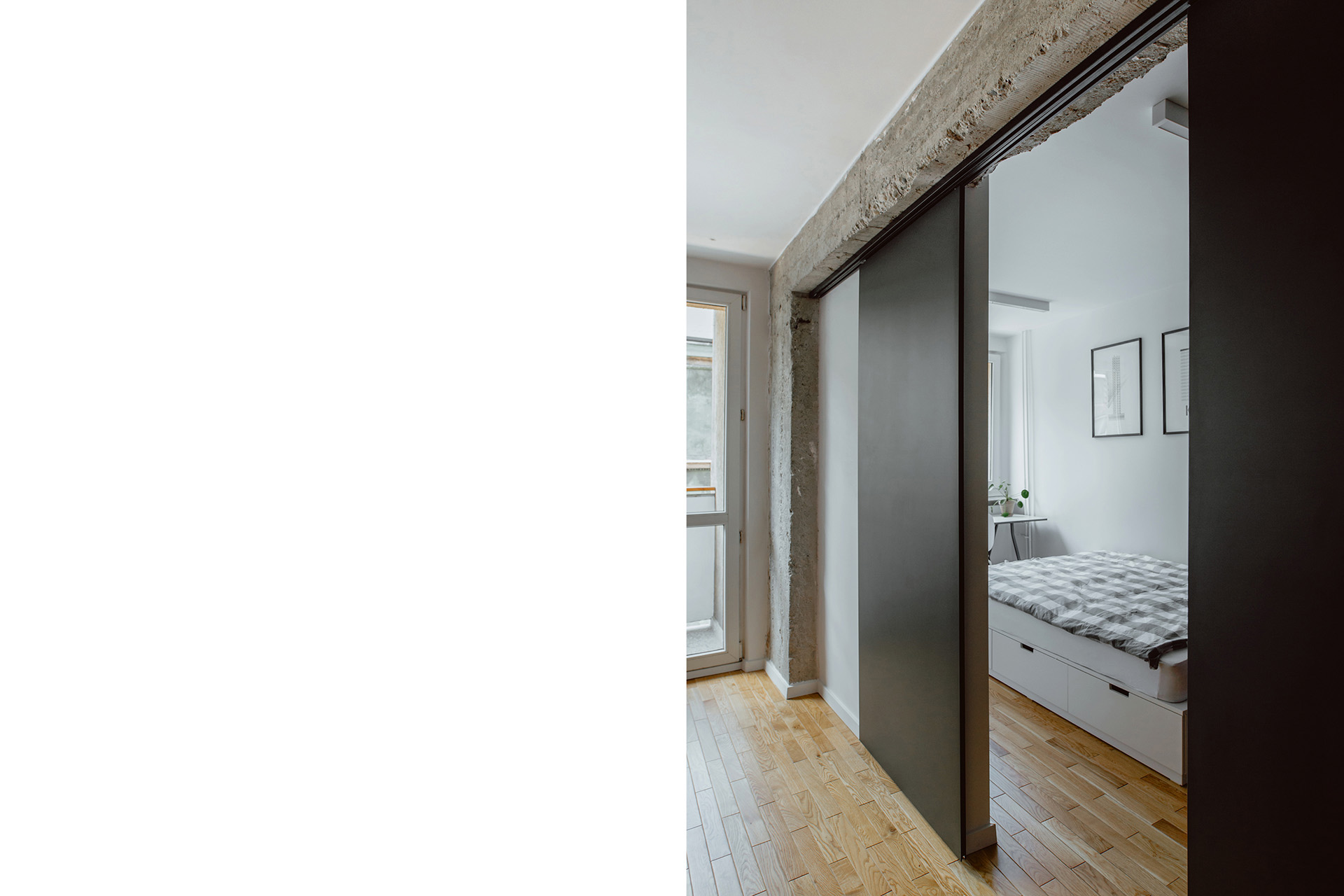 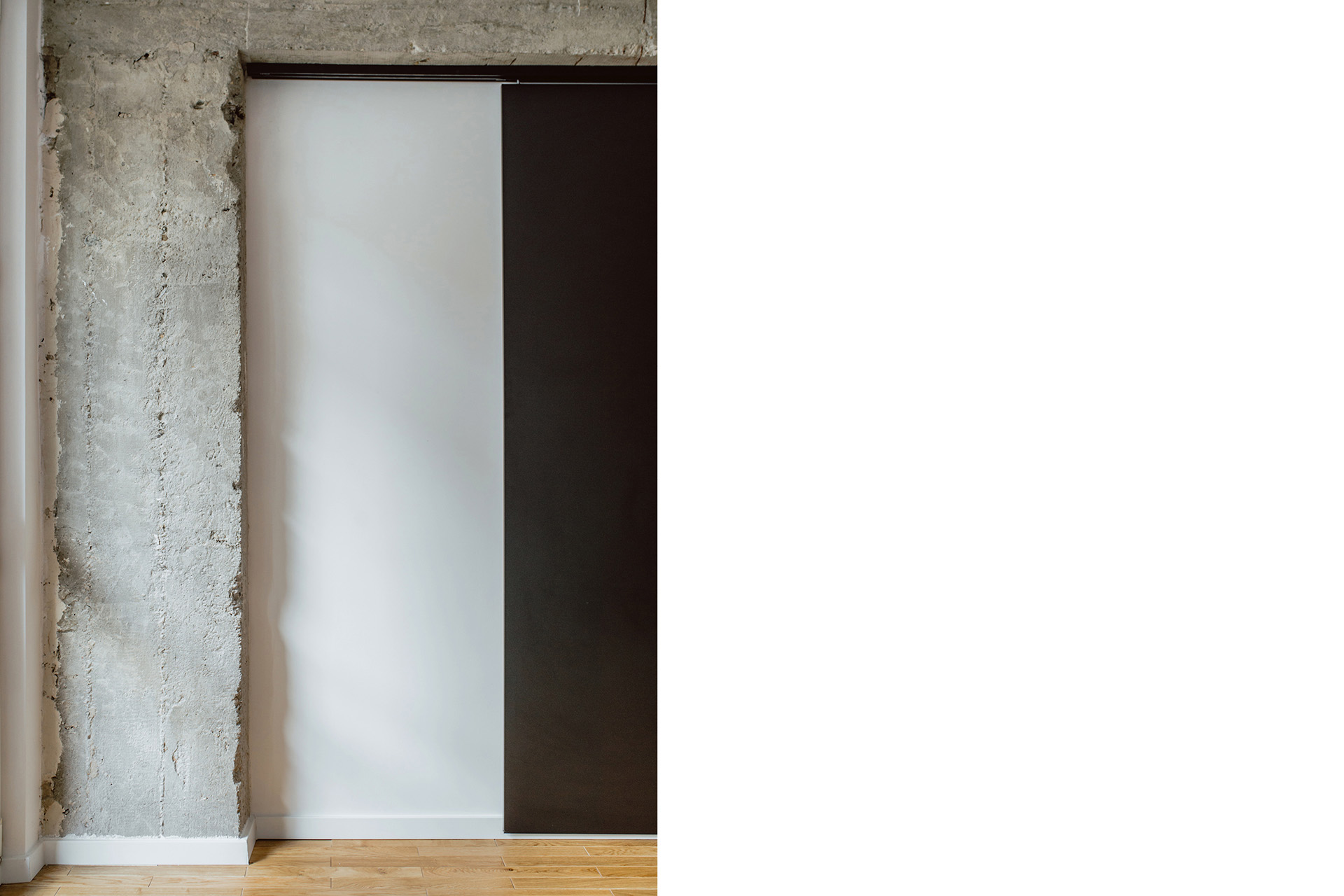 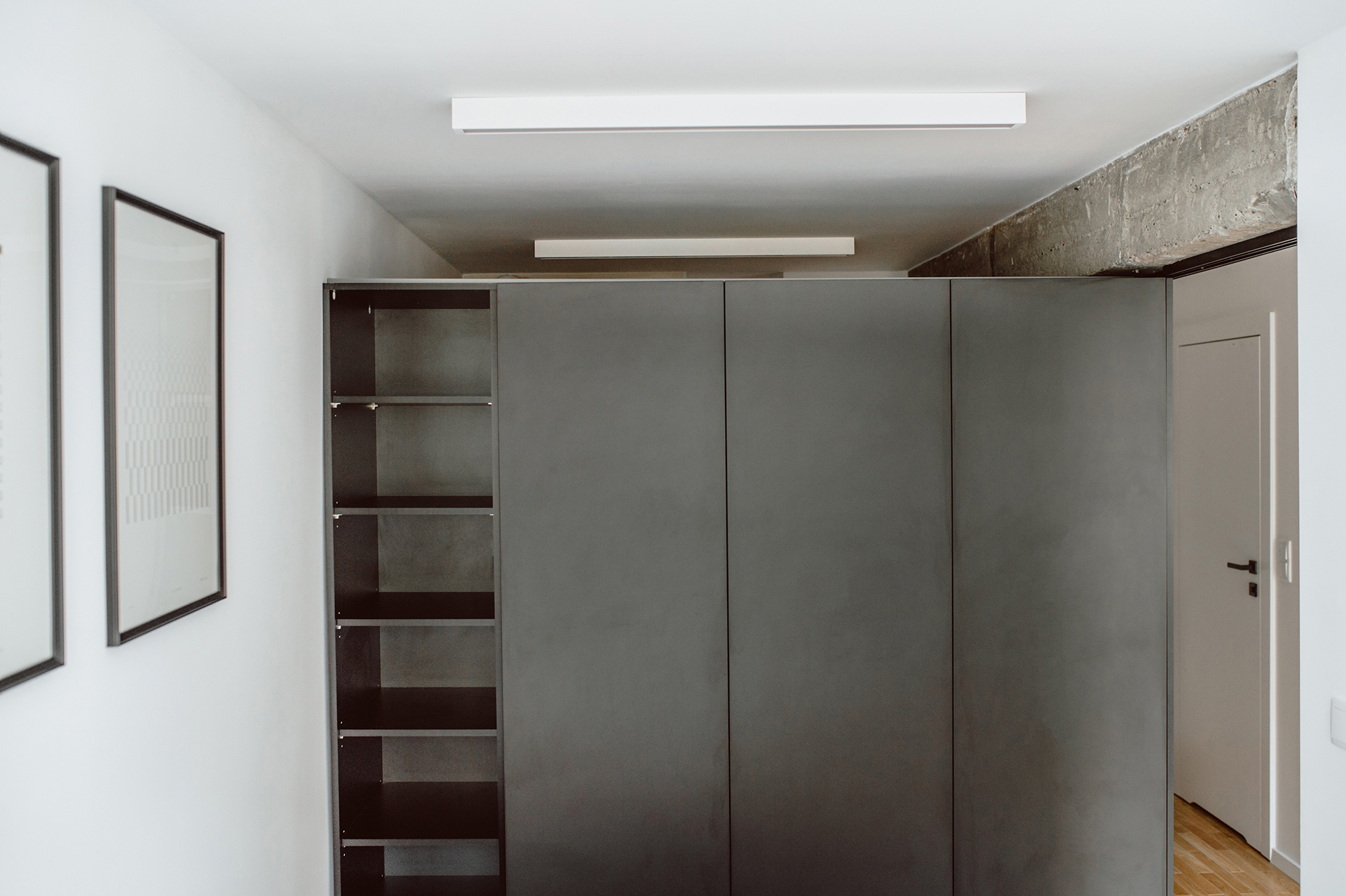 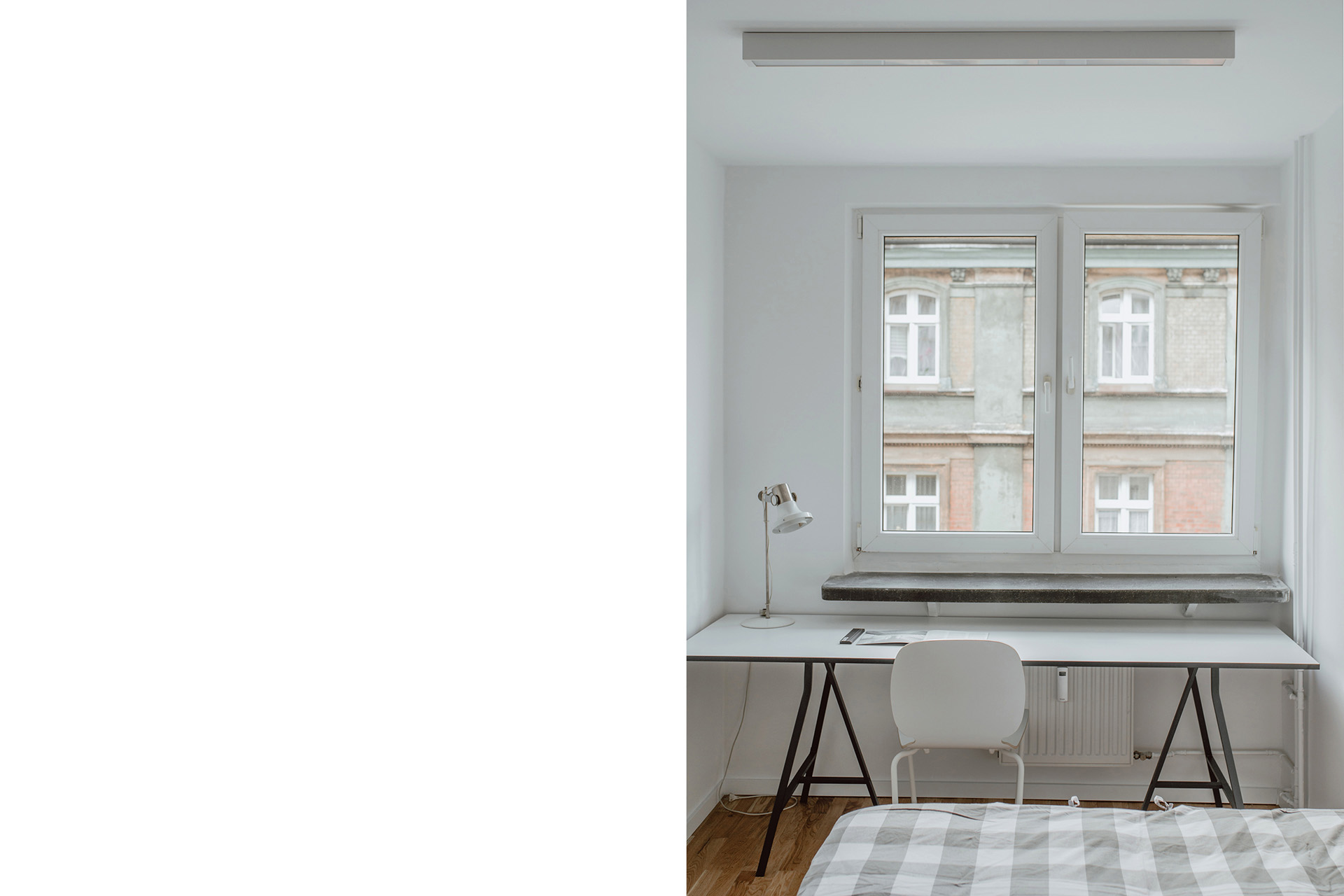 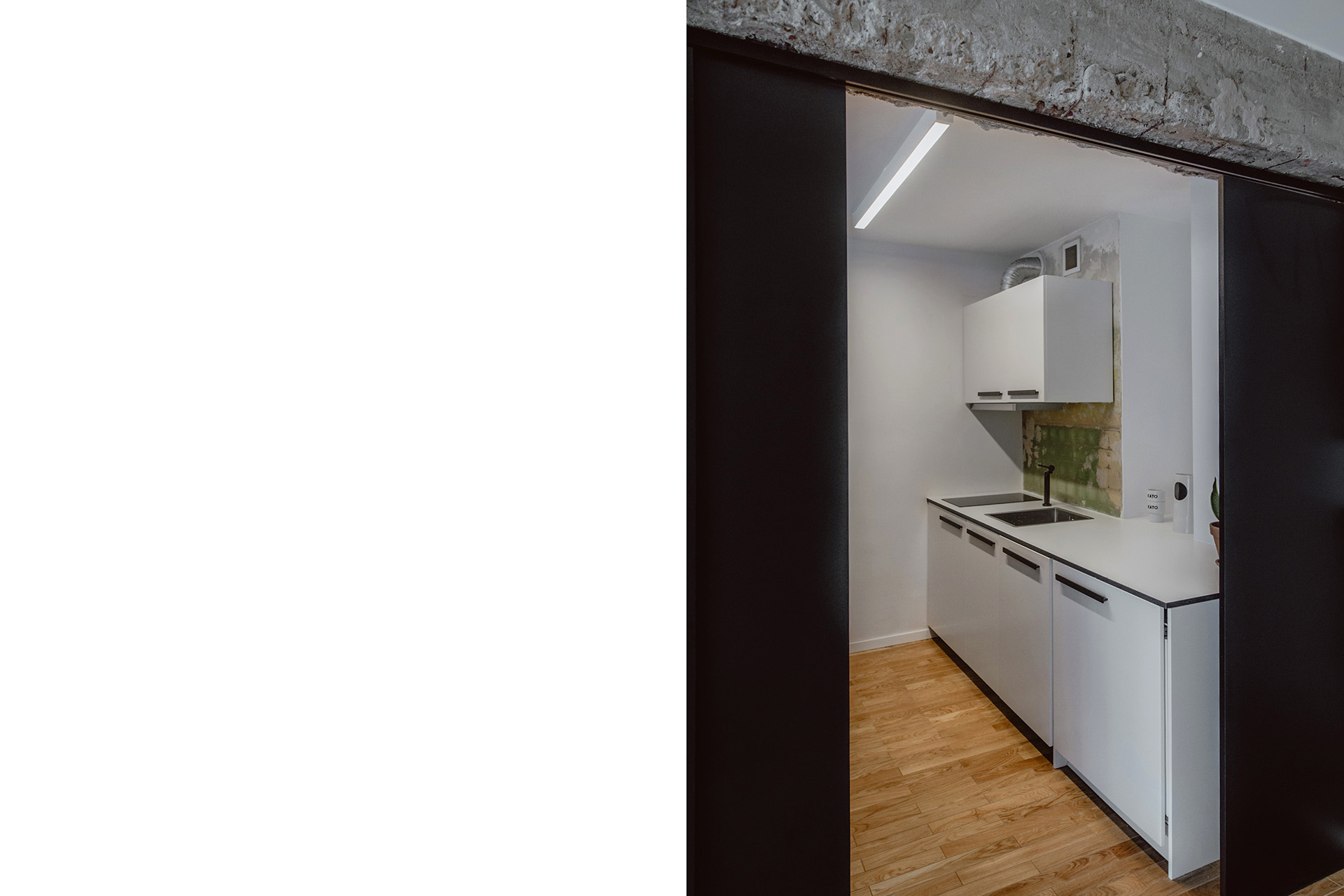 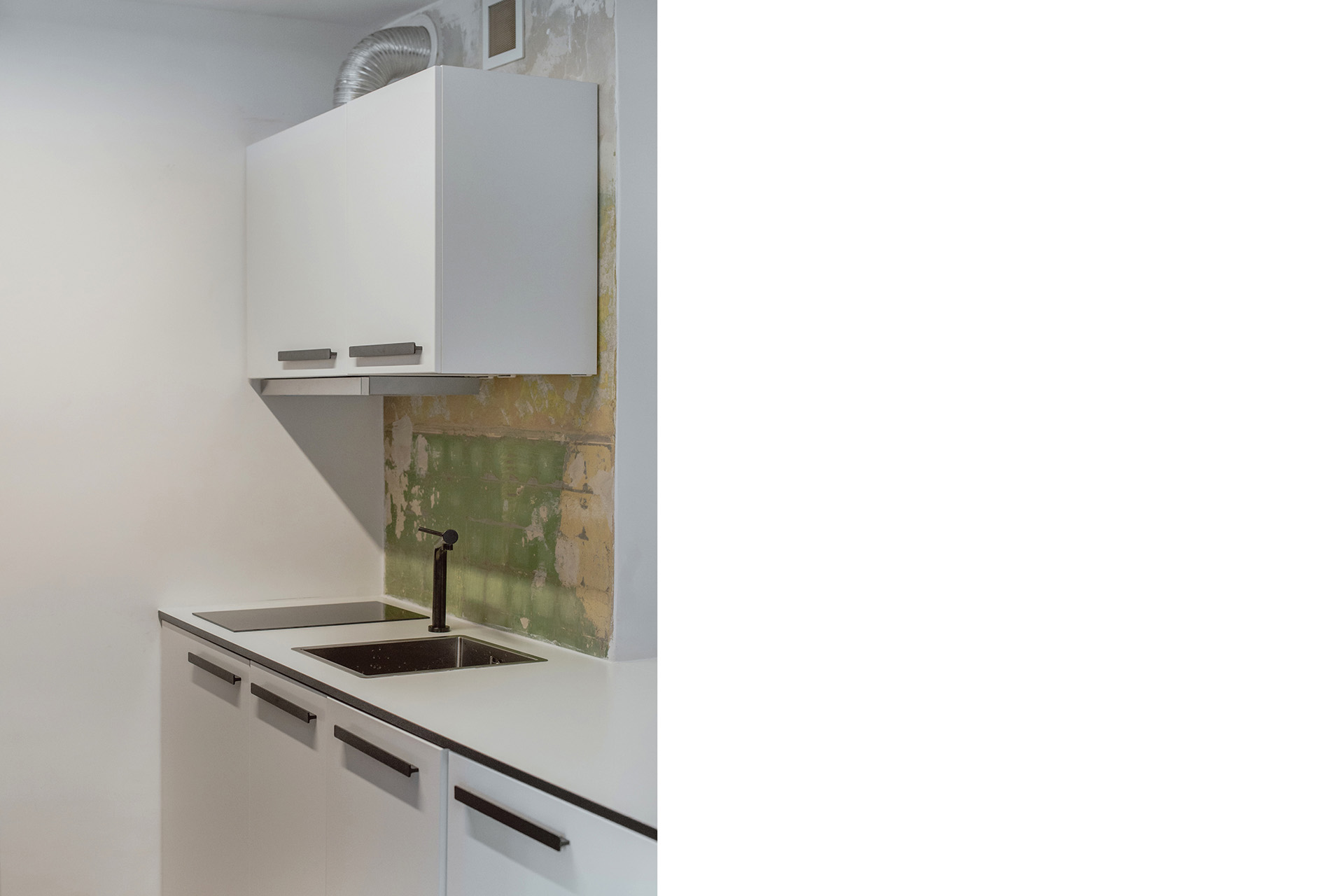 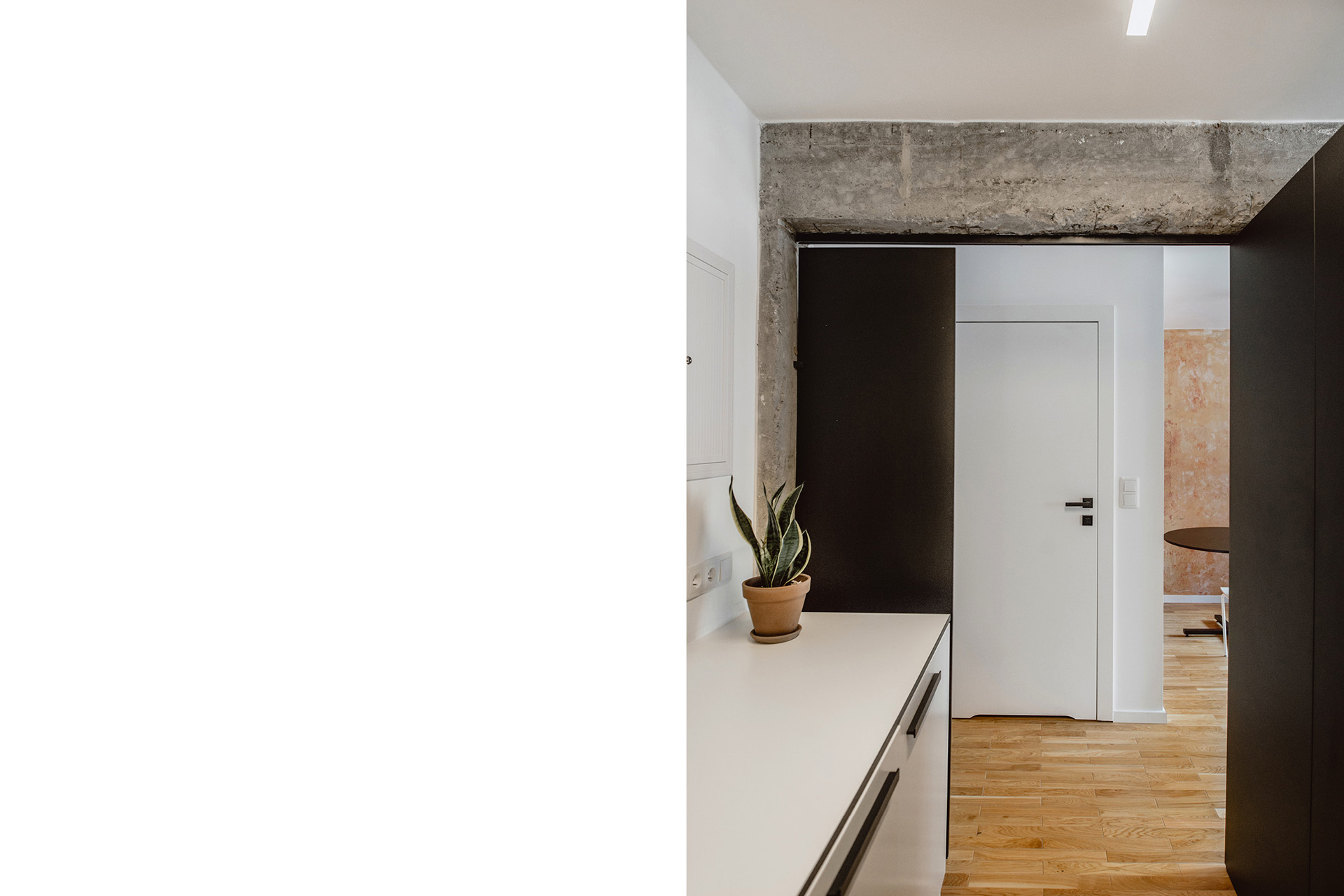 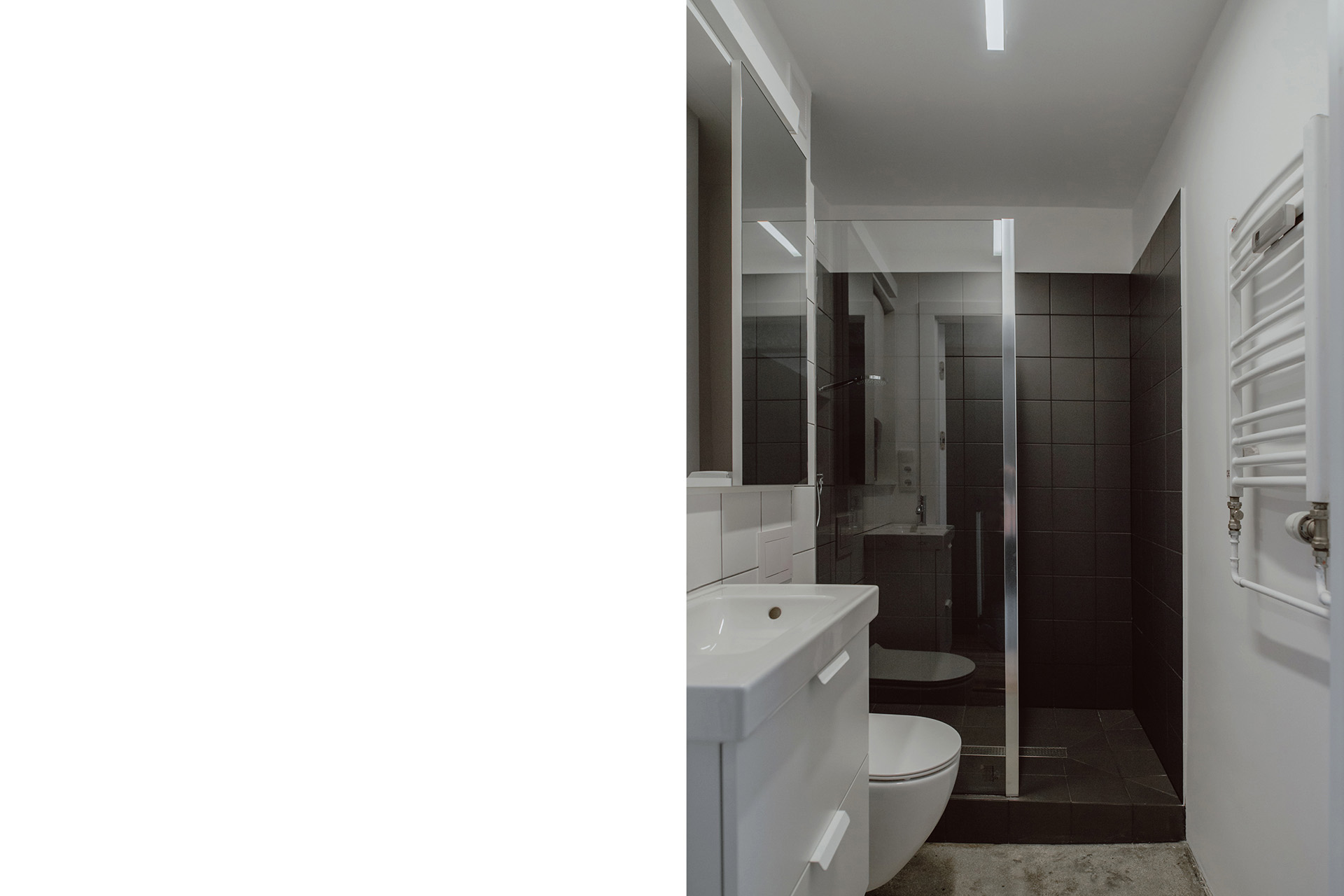 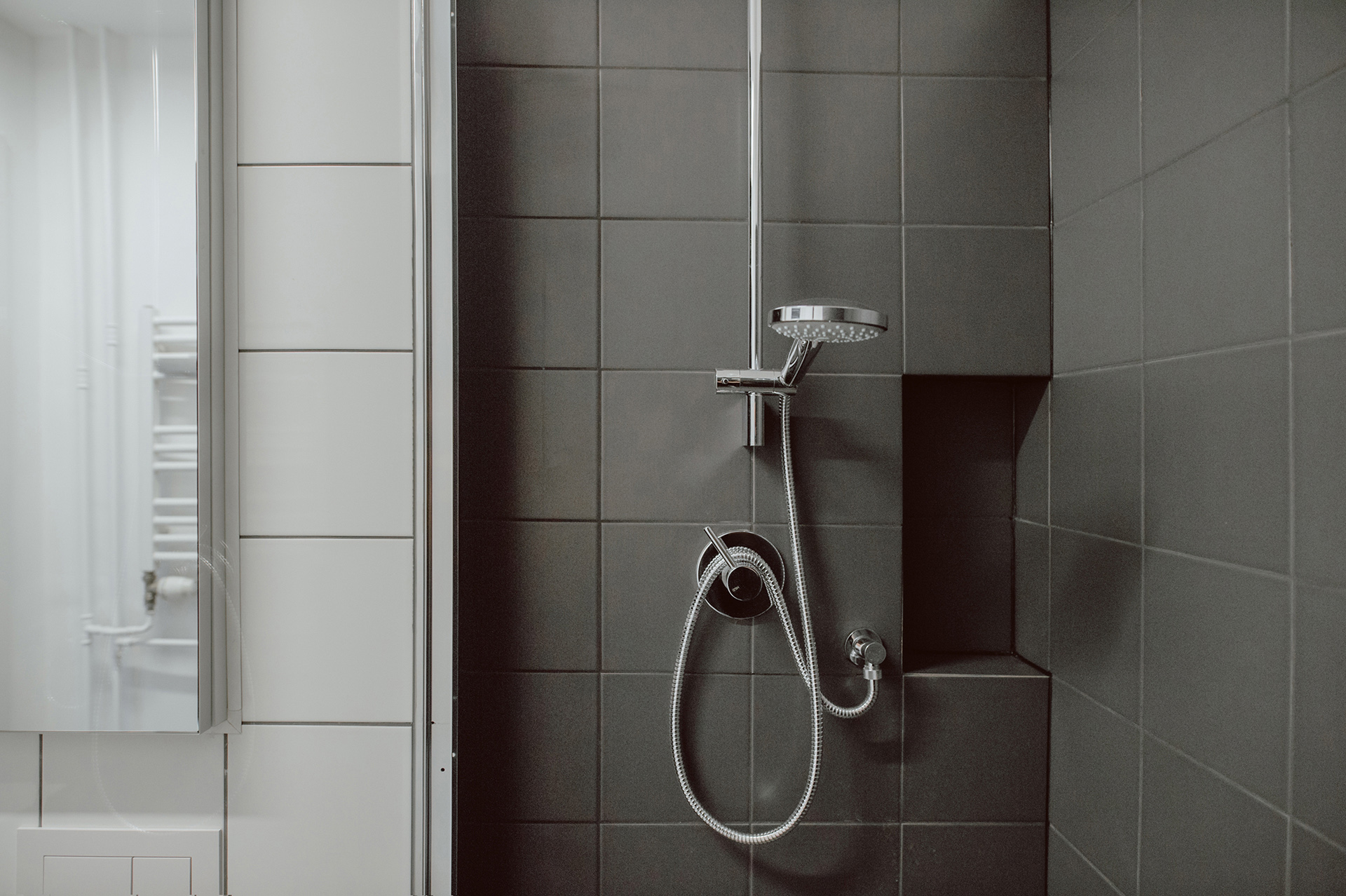